Real name: Nazuri šílenství statinis silmä alle szczesliwy Tapang IV. She prefers to be called by all her names if any, so everyone calls her Ant Legend.
Alias: Who
Alignment: Villain. She considers herself the hero but has a rather odd way of showing it.
Age: 17
Gender: Female
Race: Corporeal.
What is a Corporeal?: See Powers.
Place of origin: Shibuya, Japan. 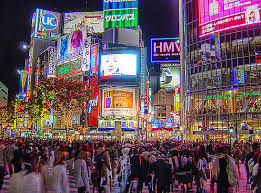 Physical Description: I'm just going to say this, and nobody will understand it, but she kinda reminds me of Posie from Olympus Overdrive.

She has really short, choppy hair she dyed platinum blonde and streaked sea green, royal blue, and bubblegum pink.
Costume Description:
History:
Personality: Arrogant, Egocentric. Because of her powers she has a hard time keeping friends.
Powers: I has to do this in character.
I stare at this kid who had just insulted me. I take a look around, we were alone. I grin evilly. I disappear in a cloud of pearly grey smoke. Then the smoke begins to form a miniature funnel cloud, sounds of static and violence coming from within. I appear on the top. I was going to blow his mind, literally. When someone got in my way I took it very seriously. I unhinge his mind... pulling his embarrassing moments, bad days, childhood nightmares and putting them all before his eyes. I even take good moments and corrupt them. He falls down, hyperventilating and in shock. I smirk and the storm drops me. I walk away, my work here was done.
RP Example: that pretty much was a rp example.

Similar topics
» How to bring out Phenomena
» Get a Hugtime call from Bearemy!
» Call of Duty vs. Battlefield rap battle.
» Can't get the Snatchin Merchant?