Place of Origin: The USA

Physical Description: Zoe has blonde curls, falling to the middle of her back. Sometimes, her hair looks silver. It usually is pulled into an untidy ponytail. Her eyes are a mix of blue and green, like the sea; they have some gray flecks in them. She is skinny; her ribs show through her outfit. If that was pointed out, she would deny it. Her skin is pale, except for her shoulders. They are lightly burnt, due to her costume. She has a serious face, despite her personality, when others first meet her. However, her eyes sparkle with mischief. Her smile is mischievous as her eyes. She is around the height of 5'7"; she always walks at her full height, never slouching.

Costume Description: Zoe wears a flowy, gray top that reveals her shoulders. A thunderstorm on front rumbles on; it gets better or worse depending on her mood. In public, if she decides to wear it, she hides it with a worn jacket. People aren't willing to ask her what the rumbling sound is. She wears tights, a different shade of gray, that have a pattern of bolts. These bolts flash whenever she's angry. Her leather boots are a dark shade of brown, almost black. She also wears cloud earrings, made out of steel, that flash whenever she moves.

History: Zoe grew up in Brooklyn, New York. She was 3 when she discovered her powers; she was angry with her aunt, who had come to visit. It was mildly raining at that time; Zoe stamped outside, accidentally turning the drizzle into a storm. A woman, watching through the window, saw Zoe summon bolts. Soon, Zoe was the talk of the town. When she started going to school, everybody was scared of her. She was an outcast; everybody made fun of her. Her teachers hated her, too. Zoe Johnson was the gossip of Brooklyn, at the age of 6. She kept getting bad grades; a few times, she was expelled. One day, a supervillian found her. He tried to attack her. After a long battle, Zoe won. She had almost gotten killed. Unfortunately, the police had been called. Zoe had to run away from home. She tried to disguise her Brooklyn accent and covered her hair with a hood. She lived on the streets, having escaped from Brooklyn in a couple of nights. Nobody recognized her, since she didn't stay in one place. However, she was famous in New York. She managed to arrive at Boston, where people weren't very familiar with her. She has managed to stay uncaptured so far.

Personality: The only thing about Zoe's appearance that gives away her personality is her eyes and occasional smile. She would laugh a lot, if not for her story. She is rebellious; she would never turn herself in. If she were captured, she would fight the whole way. She is intelligent, picking things up quickly. She is willing to take risks. Although she would never admit it, she has a weakness for cute guys. She tries to look on the bright side. However, she tends to complain a lot.

Powers: Zoe can control the weather. At least, she can make it stormy. She can make a gentle drizzle a fierce storm. She enjoys calling down thunderbolts. If she puts some effort, she can make the wind carry her. She can get extremely dizzy afterwards. She also can make stormclouds move around. She gets headaches when she calls down more than 4 thunderbolts. When she is angry, the wind helps her hover. This "power" can't be controlled. Whenever she's using her powers, a storm appears in her pupils.

RP Example: The golden sand was warm and wet under Zoe's feet. The wind played with her blonde curls as she strolled along the edge of the water. She gazed at a couple of kids playing in the water. A woman, who might have been their mother, was watching them. A wistful expression appeared on Zoe's face as she remembered her old life. She shook herself; she had to move on, now. She turned her head to look at the cloudless sky. She realized what a beautiful day it was. She sighed, wishing her power was to create beautiful days. Instead, she could destroy them. How unfair was that? 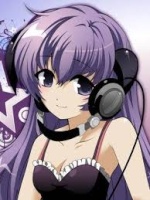 Please add more detail and development to your descriptions. Please add more to your RP example. A decent paragraph will be fine. Unfortuneatly, the name Thunderbolt is taken by DC comics.